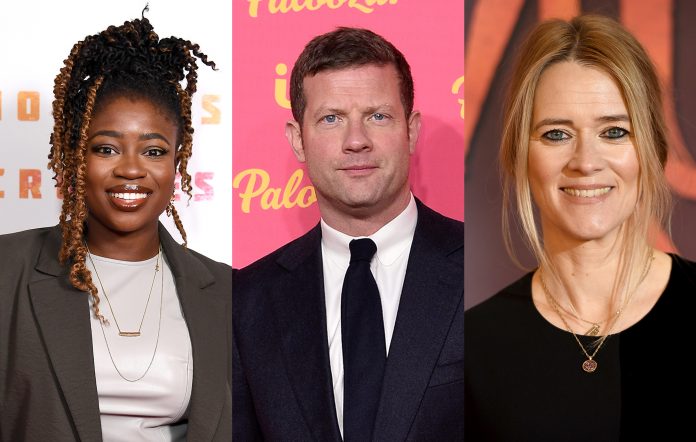 Clara Amfo, Edith Bowman and Dermot O’Leary, as the hosts for this year’s BAFTA awards have just been announced for the revamped ceremony across two nights.

Clara Amfo is set to host the EE BAFTA Film Awards Opening Night, which will are on April 10 on BBC Two. The event will see Amfo joined by a panel of guests exploring the nominated films with behind-the-scenes footage showcasing the titles vying for awards this year.

Amfo will interview other BAFTA presenters on April 11 live from the Royal Albert Hall, while Edith Bowman and Dermot O’Leary will co-host the second night of the awards on the night, airing on BBC One.

Bowman and O’Leary will be joined by a small number of awards presenters at the Royal Albert Hall, with several further presenters joining over Zoom from Los Angeles.

Emma Baehr, Executive Director of Awards & Content at BAFTA, said in a statement: “We’re thrilled that we have two programmes for the 2021 EE British Academy Film Awards for the very first time this year, in which we’ll showcase our nominees and reveal the winners.

“To help us celebrate the art and craft of filmmaking in more depth we’ll be joined by three hosts – Clara Amfo on Saturday and Dermot O’Leary and Edith Bowman on Sunday. I hope our audiences are just as excited as we are for the BAFTA weekend on the BBC.”

The nominations for the 74th BAFTAs were announced earlier this month on March 9, with Promising Young Woman and Rocks receiving several nods, alongside The Trial of the Chicago 7 and Nomadland.

Check out the full list of BAFTA nominees here.